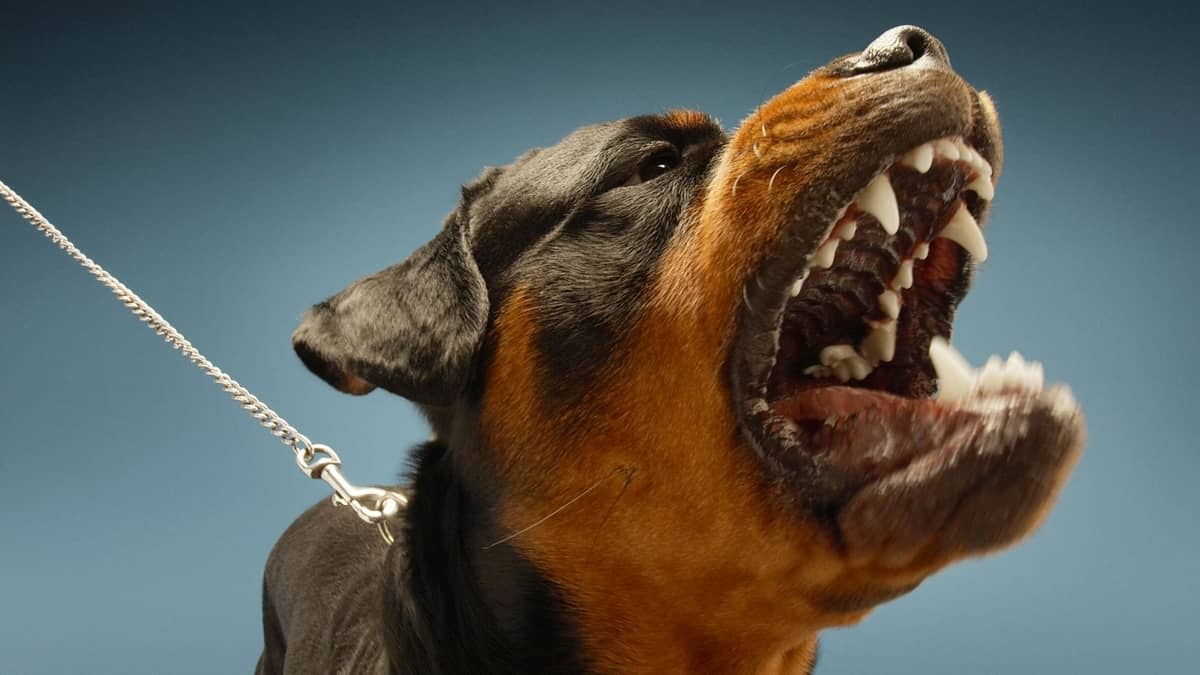 What Causes Aggression In Rottweilers?

After adopting a Rottie the next question you ask yourself is at what age do Rottweilers become aggressive? In this article, we answer all questions related to the aggressiveness of Rottweilers.

When well trained, aggression is not typical of rottweilers. Rottweilers can be calm and confident despite being big and seemingly scary dogs.

It was only their ancestors who used to be aggressive. Rottweilers can inherit this training and if they are poorly trained, that can become a problem.  To successfully train the breed, the owner has to successfully establish his role as the pack leader.

Reasons Why Some Rottweilers Are More Aggressive Than Others

Some people desire an aggressive dog, and Rottweilers are a formidable option, especially when guarding a home or company. Because they’re such large, powerful dogs, a burglar or assailant would think twice before targeting a place defended by a Rottweiler.

It’s crucial to note that, while some dogs are born with protective, aggressive impulses, their training and socialization have a huge impact on their behavior.

When strangers approach their space or try to touch their belongings, Rottweilers used as security dogs are frequently trained to demonstrate possessive, jealous behaviors.

Not only that, but Rottweilers have a reputation for being aggressive due to the amount of damage they can cause if they chose to act aggressively. A ferocious Rottweiler just needs one bite to cause irreversible damage, whereas a ferocious Yorkshire Terrier would inflict far less.

There’s no need to assume that your Rottweiler will grow up to be an aggressive dog; but, the only way to ensure that these habits are checked and controlled is to teach and socialize your dog from a young age.

Signs A Rottweiler Is Becoming Aggressive

If your Rottweiler has been well-trained from a young age and is well-socialized with other dogs there is no reason to wonder at what age do Rottweilers become aggressive. They’ll rarely become hostile without warning overnight.

Hormones can have a huge impact on any adolescent, including your dog! As a result, there are several symptoms to look for in your Rottweiler’s behavior that may indicate that an aggressive disposition is developing.

Some of the warning signs include staring, growling, snapping, and barking at strangers.

As the dog owner, you mustn’t allow these actions to continue. Allowing a Rottweiler to acquire an aggressive mentality makes it far more difficult to reverse later. What’s most important is to stop these behaviors before they get any worse.

At the same time, strike a balance between punishing poor behavior and rewarding good behavior. Reward your Rottweiler with a treat and lots of praise when he or she obeys an order and listens to you. Dogs enjoy making their people happy, and your Rottweiler will realize that positive reinforcement is the best way to achieve this.

Age At Which Rottweilers Become Aggressive

Contrary to what you may already know, Rottweilers do not necessarily become aggressive at a certain age. Rather, they become defensive and this might be interpreted as aggression due to how they behave.

Around the age of two, Rottweilers begin to show signs of aggression. When the dog approaches puberty (between 6 and 9 months of age) or develops social maturity, the first indications may arise (18 to 36 months).

Their actions are motivated by a desire to safeguard what they regard to be theirs. It could be their human companions, toys, or territory. Rottweilers, unlike other dog breeds, are very confident and will go to great lengths to protect their owners and possessions. Your puppy may begin to bark at strangers around the age of six months, which is normal. As the dog gains confidence in its talents, it will grow more aggressive.

In this situation, too, two years is the answer. When the dog realizes that your property is also its property, it begins to guard it. Rottweilers like being in charge of their territory. The dog will only protect what belongs to them.

You should also invest in training for security concerns. The instincts of a dog are insufficient to assure the security of a large property and guard against invaders.

Do you want your Rottweiler to keep an eye on you? Begin by treating the dog like a family member and establishing yourself as the pack leader. As a result, the dog will do everything in his ability to protect and pleasure you instinctively.

How To Prevent Problematic Behavior In Rottweilers

Adopting a dog, particularly a Rottweiler, entails a great deal of responsibility. You’ll need to devote a significant amount of time and energy to your gentle giant. Here are some pointers to help you get ready to own and train a Rottie:

Assume the role of pack leader

Rottweilers, like all dogs, need a pack leader who is calm, stable, and firm. If you are unable to execute that function, they will do so on your behalf.

When you try to discipline the dog, don’t be surprised if it becomes hostile. The Rottweiler will imagine he or she is in charge and will attempt to discipline you in return.

Puppies should be socialized

You are accountable (not just an option) for exposing your dog to a variety of circumstances as a dog owner.When a Rottweiler gets used to meeting a lot of people, he or she is less likely to become aggressive toward strangers.

Never, ever, ever mistreat your dog

Do not attempt to impose your will on the dog by mistreating it, yelling at it, or kicking it. This is abusive behavior, and the Rottweiler may turn on you as a result.

The Rottweiler is not a dog that can be kept without being properly trained. Lack of training is a common cause of aggression. Both command and obedience training should be given to a Rottweiler.

A professional dog trainer can assist you, or you can train the dog yourself. Every day, the dog should receive at least 30 minutes of training, divided into two 15-minute sessions.

You can have a fantastic family companion if you devote enough effort to training your dog. 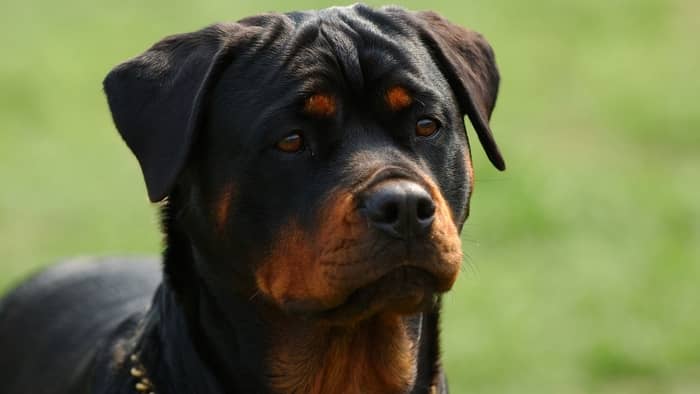 Just like many other dog breeds, Rottweilers can get very possessive. This possessiveness can be interpreted to be aggressiveness.

With sufficient training, you can be guaranteed that your dog will not display these aggressive tendencies. Your training should begin as early as possible and it should be consistent for you to see the most results. When you think you can’t handle it or when the dog is showing some signs that you aren’t sure of, do not be shy to seek help.

Remember to socialize your Rottie from an early age!

Read more about At What Age Can You Breed A Male Dog?

Is Rottweiler a good family dog?

Yes. Rottweillers can be good family dogs especially if they receive sufficient training and they are well socialized.

Why do Rottweilers bite their owners?

Rottweilers can bite when they feel provoked or threatened.

Males tend to be more possessive and aggressive than females.

Do Rottweilers pick a favorite person?

Rottweilers are capable of loving many people especially when they all show the dog love. However, in some cases, they can choose one person who becomes their ultimate favorite.