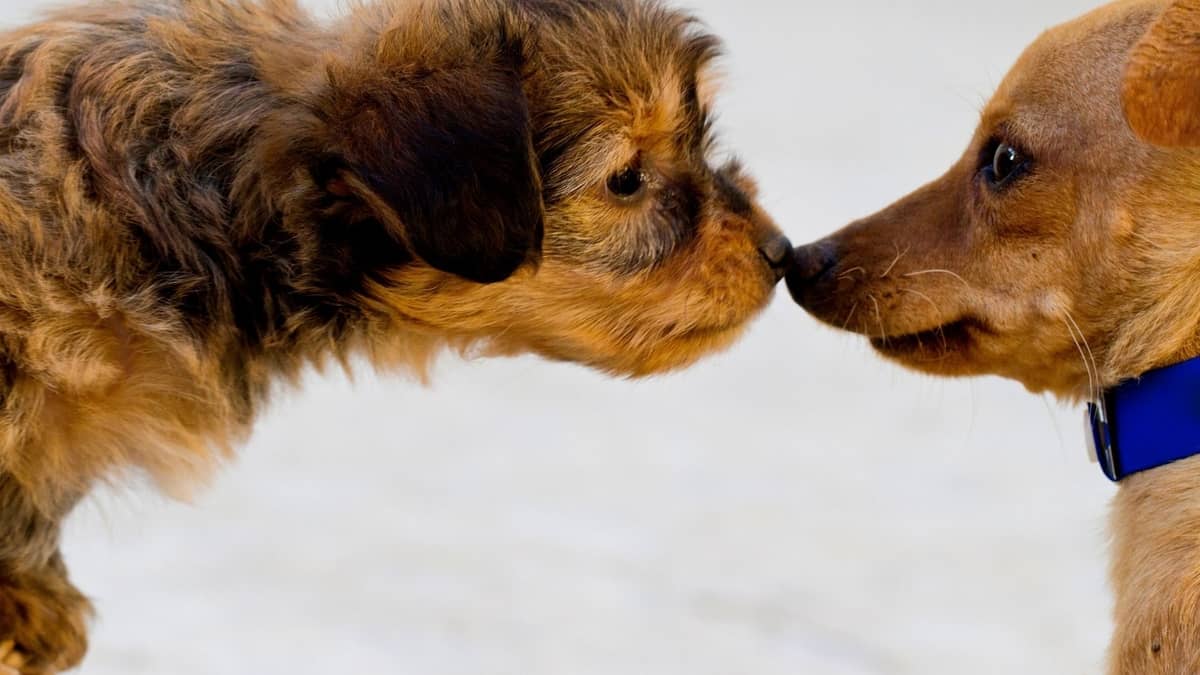 There is a lot to consider and gender can not be ignored. When getting a second dog; should it be the same gender as the current one? Read on and find out!

Are you considering getting a second dog? Bringing new dogs into your home can be exciting and concerning for both you and your existing dog. Bringing another dog into your family is not a decision to be made lightly. With a second dog, there are several things to consider including gender, breed, and activity level.

Getting a second dog to keep the first company might be a good idea for both you and the first dog.

But, of course, the solutions are contingent on the dogs. You need to ensure that the new canine is compatible with the current one.

How To Introduce A New Dog?

If and when you get a second dog, here are some pointers for a smooth transfer.

Begin by introducing the dogs while they are on leash in a neutral location. Learn how to read dog body language so you can understand what your canines are saying to you and each other. Allow one of the dogs to be handled by another adult, and keep both dogs on short, loose leashes. Take your dogs for a walk down a different path than they’re used to.

Allow the dogs to approach each other if they appear interested and calm. Allow them to smell each other.

Keep the leashes slack and praise excellent interactions verbally. Distract them with treats after a few seconds and bring their focus back to you.

Moreover, allow the dogs to interact safely in a kennel or pen when the new puppy or dog arrives in the house. Alternate between bringing one dog in and taking one dog out. This makes it simple for a dog to come in and out of the crate or enclosure when he’s had enough. Even with this configuration, always supervise.

Keep an eye out for rigid posture, lip raising, and gazing, which can all lead to snarling and snapping. Give the dogs a rest if you notice these warning signs before attempting again. 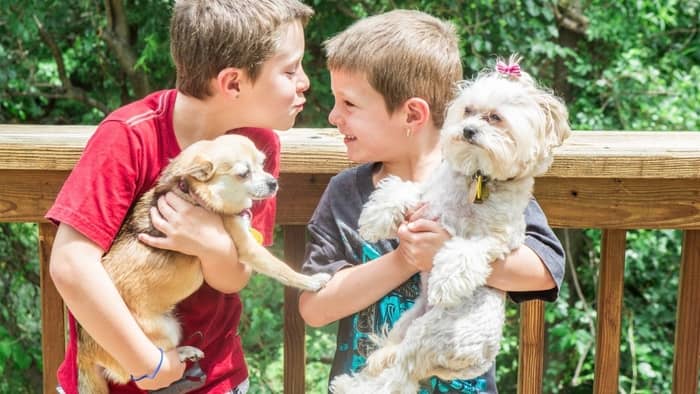 Is there anything you can do to boost the likelihood of two dogs feeling comfortable with each other? Wondering how to make the addition of a second dog a net gain instead of a net loss for dog number one? Given the unknowns of bringing two dogs together, there is a lot to consider.

One thing to remember is that two dogs living in the same house nearly always figure it out; their social natures simply won’t allow it to happen any other way. Second, chemistry isn’t everything. There are a few important guidelines to consider.

Is it well-trained in terms of obedience? Is it already obedient to orders? Is it even interested in getting another dog? Not every dog is dog-friendly. How does it interact with other dogs?  Is it a senior dog or do you think it’s sick? The high energy level of a puppy may irritate him. These are just some of the questions you need to answer.

You should also think about the new dog’s breed and disposition. Shelter dogs often have complicated histories that make them unfit to live with other canines. Some breeds are territorial by nature, which could cause problems between the two dogs.

Consider the two dogs’ energy levels and sizes. Adopting a tiny dog if you already have a large dog may present issues. Two high-energy dogs may fatigue you as well.

Adopting another dog is not a decision to be made quickly or lightly. When choosing a new pack member, think about your present dog’s personality and gender. Experts say that a dog of the opposite gender will give you the best chance of success.

We have a top male and a top female dog in each group. They are known as the alphas, and they are in charge of leading the pack and defending it against dangers. The pack’s other dogs are subordinate to the alphas and must follow their orders.

You might expect things to change when a human enters the picture. They don’t have any. Even though you are the pack leader, your dogs must develop their own hierarchy.

Each dog has its own distinct personality. You should have a good idea of your own four-legged friend’s personality and energy level before introducing a second dog to your family.

While there is no universal rule that a female dog is a better friend than a male dog, if you have never owned two dogs before, it is often easier and frequently safer to have dogs of the opposite sex. As dogs establish dominance or pack order, same-sex combinations can be difficult to manage.

When thinking about getting a second dog, consider your dog’s age. Getting a young, energetic puppy for a senior dog might not be the best match. A hyperactive puppy may be too much for the older dog to handle, especially if he has age-related difficulties.

Keep in mind the size. To ensure that the young boy does not get wounded during playtime, a large dog and a tiny dog would require a lot of attention.

Finalizing the decision to get a second dog should be done after you have considered a lot of factors that will impact you, the current dog, and the new dog. Factors such as inter-dog aggression, same-sex aggression, and hormonal aggression are to be paid attention to.

In an attempt to reduce the tension and make sure all the dogs are happy, most people opt fr adopting dogs of different genders.

You know your dog better and you know what environment will allow it to strive and be happy. Remember, there is no rule for or against adopting dogs of the same gender.

Read more about 10 Secrets To Training A Timid Rescued Dog.

Will 2 female dogs get along?

With proper training and if the second dog is introduced properly, the two can get along. The 1st few days you might need to pay close attention to the dogs so that they do not fight and injure each other.

How do you prevent second dog syndrome?

Take your new puppy to individual training courses where you can learn how to educate your dog using positive reinforcement techniques. It's also a good idea to take your dogs out one at a time rather than all at once. Once the second dog has settled in, take it for a walk separately to avoid the "second dog syndrome."

Will my dog be happier with a second dog?

There is no universal answer for this question. Just like people, dogs are also very diverse. Some enjoy the company of a second dog while others won't. To get a rough idea of how your dog will react, watch how he interacts with other dogs at the park.

What are the pros and cons of having two dogs?

The main pro is that your dogs will be less lonely. They will have another dog to keep them company and stimulated. On the other side, two dogs mean double the work. You now need to pay attention to two dogs and do your best to make sure they are as comfortable as possible. If taking care of one dog is a lot of work for you, getting a second one is not a good idea.