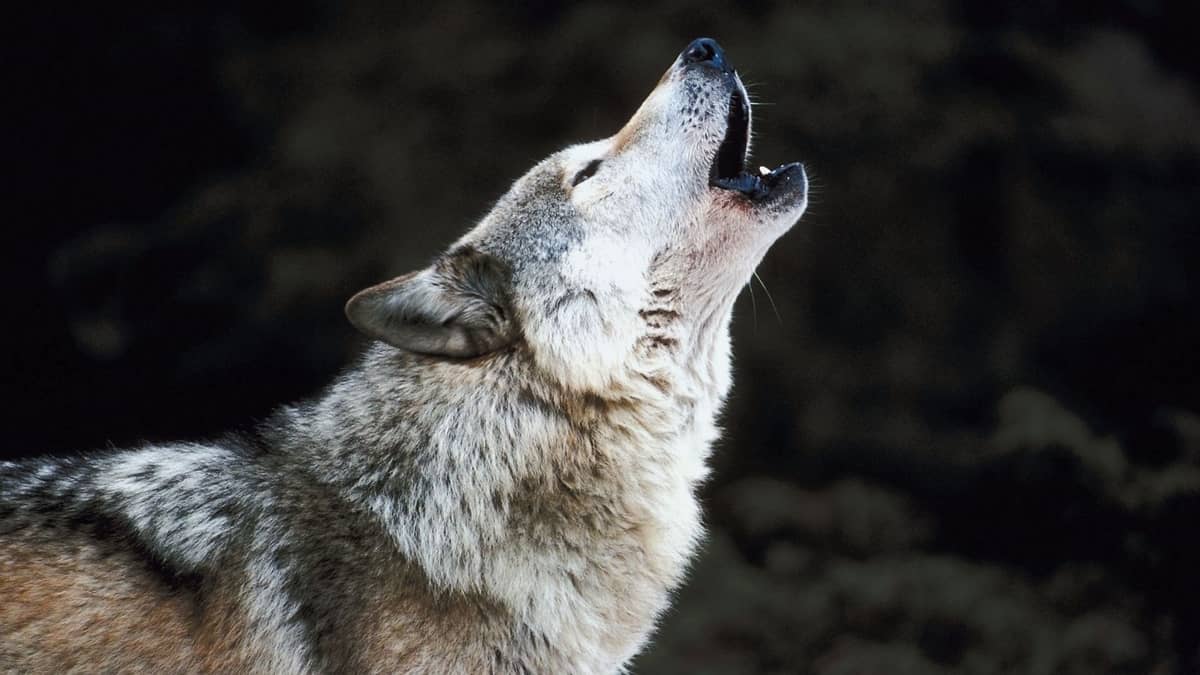 Both dogs and wolves belong to the dog family. This then makes it a bit difficult to figure out what dog is most closely related to the wolf.

Although closely related they are completely different from each other.

Dogs were domesticated about 15,000 years ago to live happily with humans. On the other hand,  wolves have remained in the wild and still don’t trust humans. But, the fact that all dogs evolved from wolves doesn’t mean that some dogs can’t be seen as closer to wolves than others.

Some dog breeds are so close to wolves. In some cases, it can be difficult to tell the difference.

Wondering what dog is most closely related to the wolf?  Let’s look at the breeds closest to wolves, and what makes them so similar to their distant cousin.

What Makes Some Dog Breeds Close To Wolves?

The breeds of dogs closely related to wolves are called “canids” or dog-like canines. Dr. Robert K. Wayne, a canid biologist, and molecular geneticist believe that modern dogs only differ from grey wolves by.2% of their DNA.

This difference in genetic makeup means that dogs are closer in DNA to wolves than coyotes are.  That’s pretty darn close!

What Dog Is Most Closely Related To The Wolf?

This dog is incredibly close to its wolf ancestors and is considered to be one of the oldest breeds. They are much slimmer and less muscular than wolves.

The “Persian Greyhound” is another name for the Saluki, it has a greater genetic affinity to wolves than many other breeds, while not being as closely related to them genetically. The breed originated from Fertile Crescent in the Middle East.

Salukis are naturally quiet and require patience from their owners. They are elegant, thin, and calm. They’re also not the easiest breed to teach because, despite their timidity, they’re quite independent and strong-willed. This breed thrives when socialized from a young age. 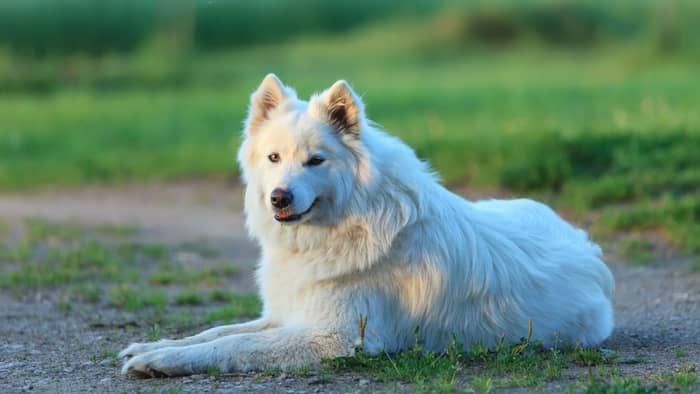 Despite being very small in comparison to wolves, this breed is still similar-looking to wolves.

They have short and pointed ears with long snouts. In Russia,   Samoyeds are still used for pulling sleds and herding reindeer. This dog has genetics similar to wolves.

The beautiful Samoyed is a sight to behold. We dare anyone to stroll past these fluffy white dogs on the street without wanting to hug them! The Samoyedic people utilized the breed as a working dog and as comforters, with Samoyeds laying on their owners to keep them warm on cold Siberian and Russian nights.

The physically wolf-like Samoyeds are slightly less closely linked to ancient wolves than Lhasa Apsos and Tibetan Terriers, which may surprise you. Nonetheless, they’re still quite close.

The Alaskan Malamute is another obvious choice when it comes to breeds related to wolves. The dog has a very similar appearance to a wolf, so it isn’t surprising that its genetic makeup resembles those of its wild counterparts.

This Japanese breed is small, it is quite related to old wolf progenitors. While its hunting purpose has evolved, its DNA indicates that it is one of the oldest existing breeds.

The Shiba Inu is at the very top of the graph depicting dog levels of “wolf-likeness.” The Shiba Inu, like the Chow Chow, is a member of what we term the “basal breeds club,” and is known for its hunting abilities. Shiba Inu is another ancient breed that originated in Japan’s highlands.

Shibu Inus have a fox-like look and are highly alert and energetic due to their background as hunters. They’re also said to be wary of strange items, animals, and people who aren’t members of their own families.

The Chow Chow resembles wolves’ wild predecessors in appearance. The breed is genetically close to wolves and displays primitive traits and dispositions at times.

The Chow Chow is an ancient Chinese breed that scholars believe was one of the first to appear after canines were domesticated. It shares a common ancestor with other indigenous Chinese and East Asian breeds and is one of the genetically closest breeds to gray wolves.

Chow Chows are known to be faithful to their owners but apprehensive of outsiders as family dogs. As a result, they are likely to make good guard dogs. In China, they have a history of being employed as farm dogs.

Siberian huskies are a dog breed that is similar to wolves even in appearance. Largely used for sledding in cold climates, these dogs have a strong genetic resemblance to wolves.

Some people wonder if Siberian Huskies are actually wolves due to their physical resemblance to wolves. There are some significant differences between Siberian Huskies and wolves. However, Harvard Medical School author Pontus Skogland claims that a component of the Siberian Husky’s genome may be traced back to ancient Siberian Wolves.

Siberian Huskies are a breed of dog that originated in Siberia, where they were prized as working sled dogs. These dogs were completely acclimated to their surroundings and capable of enduring temperatures below freezing. Many people currently have Siberian Huskies as companion pets.

This breed is very similar to the Saluki in the sense that it’s another one of the oldest domestic breeds. The two breeds also have closely related ancestors. The Afghan Hounds have a strong resemblance to their wolf ancestors.

The Afghan Hound has its origins in Afghanistan’s highlands, as its name suggests. The Afghan Hound is one of the oldest dog breeds and, like the Chow Chow, Shiba Inu, and others on this list, is considered a “basal breed.”

Afghan Hounds are a bit like a canine supermodel—tall, with a long, lustrous coat and a long, slim face. They turn heads everywhere they go. Even though they don’t appear like wolves, their genes are strikingly similar.

This might come as a surprise due to the size of the Shih Tzu breed. Despite being a small breed, these dogs are closely related to wolves.

The other dogs on this list probably didn’t surprise you too much. The Shih Tzu is a breed that tends to draw eyebrows, but the truth is that it shares a lot of genetics with wolves. Shih Tzus are Tibetan dogs that have traditionally been treasured as pets by Chinese emperors.

The Shiz Tzu is a popular household pet today, more likely to be seen on its owner’s lap than working, pursuing, or hunting like the Shiba Inu or Basenji. But don’t be fooled by their small size. Shih Tzus are a talkative breed with large personalities. They can’t get enough of digging, so if you have a Shih Tzu around, keep a watch on your garden! 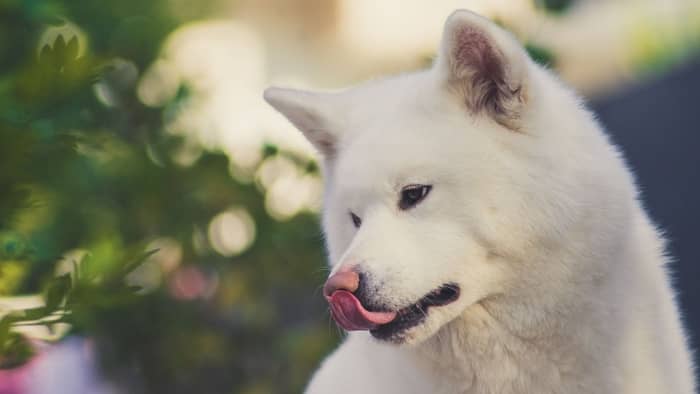 The Akita Inu, a Japanese dog breed, was discovered to be one of the most genetically similar to prehistoric wolves. The stately and royal Akita is a multi-talented traditional Japanese dog breed. They’re commonly trained as police dogs and make amazing family dogs, in addition to being superb hunters.

Akitas are a popular breed in Japan and are regarded as a national treasure. Helen Keller, a well-known novelist, was the one who introduced the first Akita to the United States. When she visited Japan and expressed a passion for the breed, the Japanese government gave her an Akita named “Kamikaze-go.”

Read more about 9 Breeds For A Little Dog That Looks Like A Teddy Bear.

How did dogs descend from wolves?

Dogs were domesticated a long time ago when they trailed behind our ancestors so that they can get food. Due to changes in environment and cross-breeding, dogs have continuously evolved. That explains why we have so many dog breeds now.

What percent of dog DNA is wolf?

Based on the information published by Swedish geneticist Erik Axelsson, dogs and wolves share 99.9% of their genetics.

Do dogs and wolves get along?

Yes, the two can get along.

Are wolf dogs bigger than wolves?

This differs according to breed. Some breeds of dogs are almost the same size as wolves while others are very small.