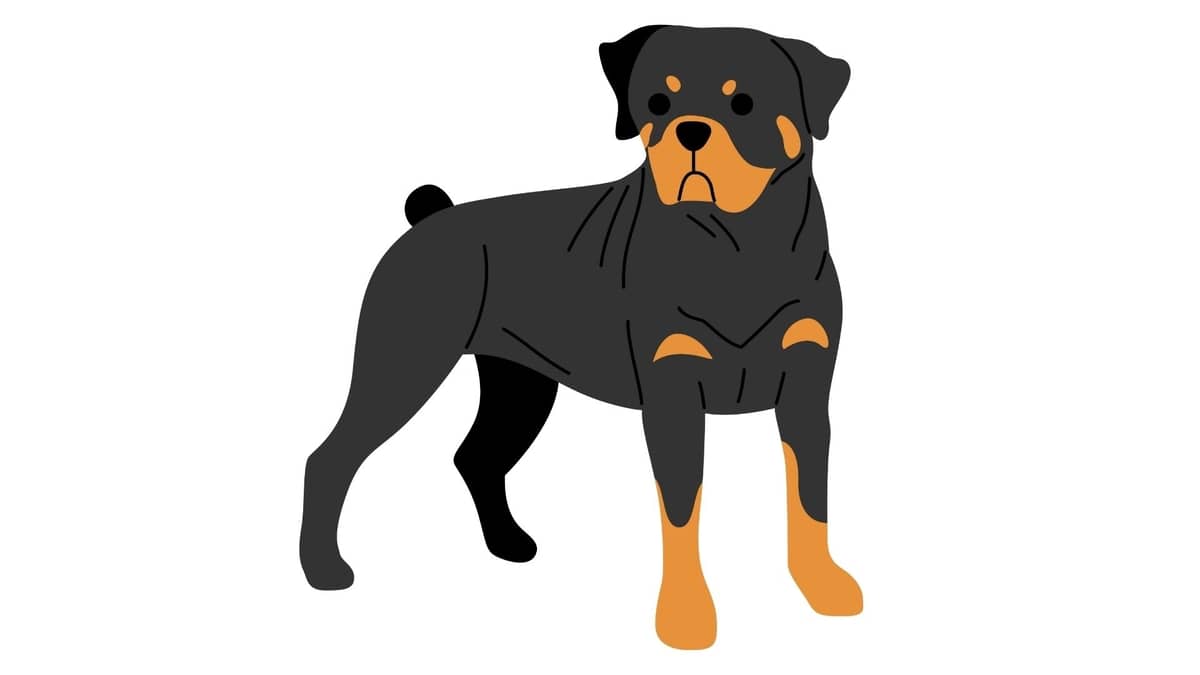 Wondering why Rottweilers Have no tail? Well, you’re in for a surprise because they are actually born with tails!

Just like all dogs, Rottweilers are born with tails. But, you might wonder why Rottweilers have no tails because you have seen quite a few of them without tails. The short answer to this question is docking. The surgical removal of a puppy’s tail for cosmetic reasons is known as tail docking. There are around 70 dog breeds whose tails are traditionally chopped off a few days after birth.

In this article, I will provide some of the many reasons that explain why Rottweilers have no tail. By the time you get to the end of this article, you will know exactly what docking is and why it is done. Buckle up!

Before we dive into details of why Rottweilers have no tail let’s first see if tails are important in the first place.

Dogs utilize their tails to communicate in a variety of ways. You undoubtedly already know that a happy dog has a wagging tail, but tail expressiveness goes much deeper than that.

In a moment of hesitation or perplexity, a dog’s tail may be dropped. A tail held stiffly out in front of the dog could signal impending hostility, but a tail stretched out and dipped down could indicate insecurity. East dogs express themselves in a little different way than west dogs, but the better you get to know your Rottweiler and their tail, the more they’ll be able to communicate with you through it.

Why Rottweilers Have No Tail?

Many individuals like to dock a Rottweiler’s tail for aesthetic reasons. A dog with a docked tail appears to be more threatening. Most dogs that have been used to fight other dogs or animals, such as Pitbulls, have cropped tails and ears as well.

While Rottweilers haven’t traditionally been used for dog fighting or fighting large animals, the aesthetics of these activities persist, and many owners believe that a docked tail makes their Rottweiler look tougher.

You may already appreciate the benefits of tail docking if you’ve ever had your legs and thighs walloped by a muscular dog’s tail or seen a coffee table cleared with a single sweep of a lengthy tail.

Rottweilers are large canines that can weigh over a hundred pounds and have a powerful uncropped tail. Unintentionally, a Rottweiler with a healthy tail could trip or injure people, particularly children and the elderly.

If you have a Rottweiler with an undocked tail, you will most likely need to remove any objects from low tables such as coffee tables or end tables. The faster your Rottweiler’s tail moves, the more probable it is to knock something over.

A Rottweiler’s tail may make a mess even if it isn’t knocking anything over. A Rottweiler may roll around in the ground or drag its tail through the muck before wagging its tail on your walls. With a Rottweiler tail continually smashing up against everything, it won’t take long for your house to become filthy.

Because Rottweilers are unable to control their tails, there isn’t much that can be done to solve the problem other than removing it.

Learn more about Can You Tell Me Why Is My Pug’s Tail Straight?

Cart dogs are one of the many vocations Rottweilers have had throughout history. Rottweilers are robust, muscular dogs with powerful haunches and feet that excel at ripping into the ground, making them excellent cart dogs.

Since the time of the Roman invading army, Rotties have been pulling carts. They pulled carts in combat, drew farmers’ carts to market, and dragged a lot of kids about for amusement.

Training your Rottweiler to pull a cart is one of the most efficient methods to burn off energy, teach self-control and obedience, and have a lot of fun all at the same time. Many canine breeds that have been bred for carting have traditionally had their tails docked.

If the tail wasn’t docked, it could get in the way of the cart, rigging, and wheels, putting the Rottweiler in danger and potentially causing damage to the cart. Tail docking also benefits the dog by reducing the likelihood of injuries.

Carting is a Rottweiler’s ancestral activity, and it’s literally in their blood. It’s also a fantastic method to get them some much-needed exercise! You can have your Rottie pull anything as long as it’s safe, and all you really need to get started is a pull harness.

If you want to compete in AKC events, your Rottweiler must have a docked tail. While not every breed club requires a clipped tail in the Rottweiler, most do, and it’s difficult to win in the AKC without one.

That means that no matter how well your Rottweiler meets the breed standard in every other way, they won’t be eligible to compete in shows if their tail isn’t trimmed. Even if their dog is a winner, people who compete with Rottweilers with undocked tails frequently find that they do not win. If the dogs are closely related and have chopped tails, they are more likely to win. 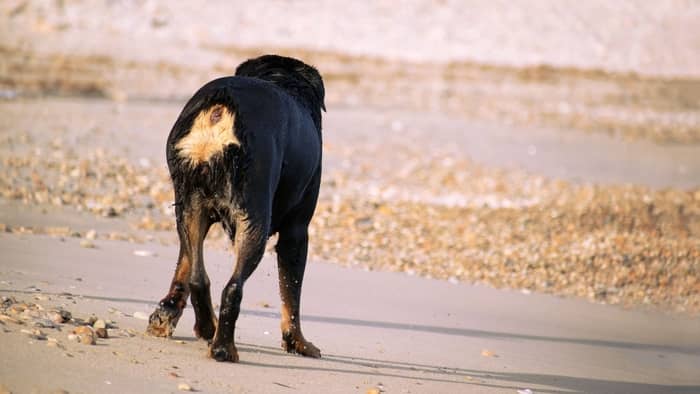 Learn more about How Fast Is A Rottweiler?

Is it illegal to dock a Rottweilers tail?

The answer to this question depends on your location. In some countries, particularly in Europe dog tail docking is illegal. However, in the United States, tail docking is not regulated.

Is tail docking painful to puppies?

Can you imagine the pain of having your arm cut off?  Tail docking is equally painful for dogs even if it is done while they are still puppies.

Can a Rottweiler be born without a tail?

No. Rottweilers are born with tails. All the ones you see without tails have been docked.